Kanye West brought back G.O.O.D. Friday with his new track Real Friends today. Pretty fitting for my topic, and it’s a banging track so check out the official drop on his Soundcloud. Remember the T-Mobile Sidekick that was hot some years ago? (High School for me) It was a nice transformer of a phone, but that wasn’t the biggest thing they did right in that timeframe. They also ran a promotion offering unlimited talk and text to your favorite five contacts headed by promotions featuring Charles Barkley and Dwayne Wade. What many of us missed was that this was a success principle to be extremely aware of.

Just as our thoughts determine who and what we will become, the company we keep plays a major role in shaping those thoughts and the actions that they lead to. Think about the FIVE people that you spend the most time with. You don’t have to consider these people friends, but you will more than likely be the average of these five individuals. They will either pull you up or down to the level that they exist on.

When I became conscious of the effect that those around me had on my mental conditioning I began to safeguard my circle. Simply by becoming aware of WHO you spend the most time with, you will begin to carefully choose your association rather than allowing them to just happen like so many do. We don’t realize that we unconsciously spend time with people at work, on the phone, on social media, on video games, and many other ways. There are many people who not only spend their entire workday with negative people who complain about their job, but then go out for beers with these same individuals afterwards! Camaraderie is important, but investing time with people who have a negative mindset will never give you a positive return.

You will become the average of the five people whom you spend the most time with.

The key is to begin crafting a network around yourself that will build you up and add positive value to your life. Seek mentors that will elevate and push you to be the person who you want to become. When I first started taking note of this, I even chose people to include in my “Fave Five” that I didn’t have personal contact with yet. I spent a LOT of time with people like Napoleon Hill, Earl Nightingale, Zig Ziglar, and Les Brown (to name a few) through their audio and video programs, and this changed everything for me. Before I knew it I was meeting powerful influencers in person, and eventually even regarded as one myself.

Try the following two exercises and take action on your results. I hope you are able to add this to your action plan in the near future. Test it out!

Who are the five people that you spend the most time with RIGHT NOW?

Work to merge the two lists so that the five people you spend the most time with ARE the five that you’d like to be most like. Enjoy growing, building, and progressing with your new “Fave Five”! 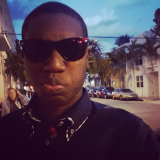 Mike PIrtle is the founder of Enthrall, a comprehensive brand development firm known for it’s category creating approach to branding, marketing, and consultation. Mike has a drive for connecting People with their Passion, and providing them with the tools necessary to create Progress.